Seemingly simple decisions such as which indefinite article will go before a word can quickly turn into a difficult choice. As you may well remember, the choice between a and an depends on how the first syllable of the word is pronounced. So, we write “an editor” or “a copyeditor”, but also “a European” or “an hour”. In the last two sentences, the pronunciation key for “European” is /jʊərəˈpiːən/ and that of “hour” is /ˈaʊə/ (depending on the choice of the dictionary, the keys could be slightly different; I followed the online version of the Oxford Dictionaries, lexico.com).

While editors and most authors have mastered this decision-making, sometimes even experienced editors may stumble into a problem when an abbreviation is encountered. However, this is a fascinating game that can be mastered with understanding and practice. All you need to remember is to use your ears and your eyes.  To put it simply, hear the word mentally, even as you read it. Curious?

In fact, we may master this decision-making by logically approaching the problem by asking a series of three or four questions.

The first question to ask: How is the abbreviation pronounced?

If the abbreviation is read letter by letter

Obviously, the sound of the first letter determines the choice of the indefinite article. However, recall that many consonants are pronounced with a vowel beginning. Here is the list: f, h, l, m, n, r, s, and x. I recommend that you look up your dictionary to check this. Interestingly, u is a vowel with a consonant sound. Again, look up the dictionary to see how.

Take a look at the following examples:

If the abbreviation is read as a word

This case is similar to our standard decision-making. Take a look at the following examples.

If you are not sure how the abbreviation is pronounced

Here comes the real challenge. Let me share a related experience. I worked for a specialty chemistry publisher, and the abbreviation mof, for metal-organic framework is a frequent occurrence. As I edited, my choice was an because I have always read mof as em-oh-ef – letter by letter. However, the publishing editor indicated that we say a mof, as suggested by authors from this field, as the abbreviation is pronounced as if it is a word, a mawf.

So, with ubiquitous abbreviations such as NGO, the choice is easy. However, when editing specialist documents, the editor may not always know how the abbreviation would be pronounced. Here is some recommendation.

Unsure of pronunciation: Is the usage consistent?

If the choice of indefinite article before an unusual abbreviation is consistent, we may safely assume that the writing reflects the practice. We just follow the consistent usage but note this down in the style sheet for reference.

Unsure of pronunciation: Is the usage inconsistent, but skewed?

If the choice is inconsistent, but a majority of occurrences follow either of the two choices a or an, follow the majority, note this in the style sheet for reference, but also inform the author.

Unsure of pronunciation: Is the usage inconsistent, with almost equal occurrences?

Time to check with the author. It’s always better to ask, rather than to assume.

We have designed a flowchart to help you with this decision-making. If you face the question of “which indefinite article to use before this abbreviation?”, follow the trail and you will easily know what to do.

Credits: Thanks to Kanaka Cadambi, a fellow member of the Indian Copyeditors Forum, for the examples. The featured image was created on Canva. 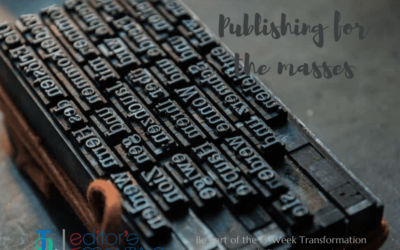