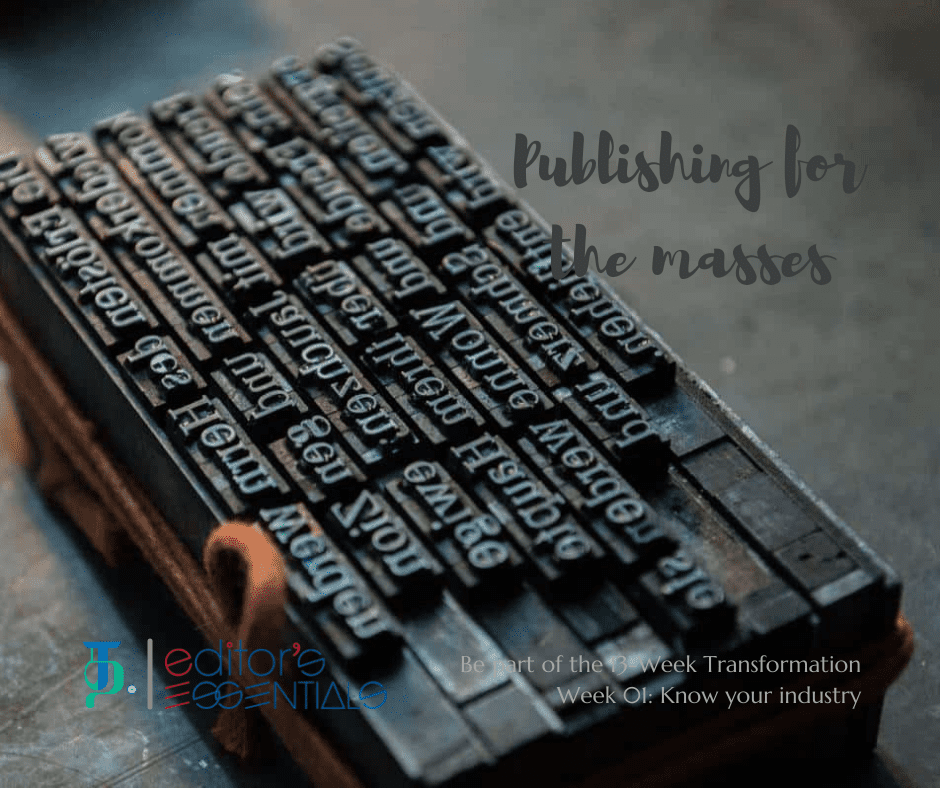 What is the connection between a goldsmith and the history of publishing?

As you keep thinking, let me tell you that tracing the history of publishing is not an easy task considering that the single act of publishing has branched out not just in terms of what is published, but also in terms of how it is published. This short introductory article aims to adhere to the evolution of the concept of publishing instead of branching out. Of course, over the next few days, we would branch out too, but in a limited manner.

To paraphrase the Encyclopaedia of Britannica, publishing as it is known today depends on three major inventions – form (writing), platform (paper), and type form (printing) – and one crucial social development, the spread of literacy reforms [1]. Before some kind of formal writing evolved – and long after formal writing was possible, the primary mode of transferring knowledge was oral. Much of the work in India’s classic languages such as  Tamil and Sanskrit was written as verses. [2] In fact, the Tamil language developed extensive forms of poetry that not only focussed on rhymes and rhythms (to facilitate rote learning) but also centred around the mood (different meters were designed for different activities and moods). Writing evolved from the triangular stylus used by the Chinese to reed pens of Ancient Egypt to quills to pencils and pens. (In fact, we are going back to the stylus, again!) The platform – the “paper” – transformed from its first incarnation of clay tablets to papyrus rolls to parchment papers, and wax-coated wooden tablets to the present-day paper. The type form – the font – changed its form from cuneiform to hieroglyphs to the present-day fonts.

The purpose of early-day publishing was more about communicating religious and legal decrees, among others.

Writing was originally regarded not as a means of disseminating information but as a way to fix religious formulations or to secure codes of law, genealogies, and other socially important matters, which had previously been committed to memory. Publishing could begin only after the monopoly of letters, often held by a priestly caste, had been broken, probably in connection with the development of the value of writing in commerce. Scripts of various kinds came to be used throughout most of the ancient world for proclamations, correspondence, transactions, and records; but book production was confined largely to religious centres of learning, as it would be again later in medieval Europe. Only in Hellenistic Greece, in Rome, and in China, where there were essentially non-theocratic societies, does there seem to have been any publishing in the modern sense—i.e., a copying industry supplying a lay readership.

This also meant that writing and publishing were confined to the walls of the clergy, kings, and the elite. But this was the story until the middle of the 15th century when Johannes Gutenberg, a goldsmith, invented the printing machine.

The long history of publishing has many watershed moments, but perhaps the two most significant moments are the invention of Gutenberg’s printing machine and the advent of desktop publishing. While the former brought out writing and reading to the masses, the latter brought publishing to every home. By the 15th century, the publishing process was quite simple and involved just three stakeholders: the author, publisher, and seller. As it grew more and more modern, the publishing process also become more involved and more nuanced as well as brought in more players. For example, publishers needed specialist people to draw images and typeset according to specifications.

If publishing was an art, the 15th-century invention sowed the seeds of bringing science into it. As the science of publishing led to mass production, publishing became available for the masses. As more works are published, more roles were needed, which currently include commissioning, project management, and marketing, among a slew of other roles.

Tomorrow we will take a peek into the stages of publishing a work.

[1] https://www.britannica.com/topic/publishing. The original reads “publishing as it is known today is depends on three major inventions – writing, paper and printing – and one crucial social development, the spread of literacy”

[2] Traditional European classical studies refer to Latin and Greek as the classical languages, to which Chinese, Arabic, and Sanskrit were later added. India has declared six languages as classical, which includes Tamil and Sanksrit.