The making of a copy editor – III

Now, we are at the end of a series of posts. A quick recap: in my last post, The making of a copy editor – II, I discussed a good understanding of English grammar and the flair for reading as two of the four traits of a copy editor. While the two are self-explanatory, I urge you to read the previous post if you haven’t already and come back here. This post will bring up the other two traits.

The first trait — a good understanding of English language — is more about looking out for what is wrong. Having an eye for detail is about catching those unusual and infrequent errors that are prone to be missed even by an ordinary reader. I invite you to a couple of videos to understand this latter trait: Test your awareness: Do the test and Test your awareness: Whodunnit? It’ll take a few minutes and I’ll wait till you come back.

But is it possible to identify all the 21 changes made in the second video? Perhaps you would have noticed the dancing guerrilla. Making note of twenty-one changes in a couple of minutes, that too when the focus is not on the change but on the murderer, is next to impossible. Can copy editors even imagine doing that? That’s where the fourth trait comes into play: inquisitiveness.

Copy editors have this envious ability to identify such problems at their slightest sight. The moment she thinks there is more to identifying the murderer, her focus is shifted to the portrait, or the flower vase, or the floor rug. The moment she definitely saw one change, it is more “something you are not looking for”. She indeed is now looking for something.

The first trait tells the copy editor that something is wrong. The word rigid doesn’t really sit well there. We need an adverb there, not an adjective. So we might be tempted to edit the sentence as

The copy editor instinct says something is awfully awkward there. A quick googling tells us that the word rigid as such is okay, but not its position. The correct edit would be

The four traits of a copy editor

Now to quickly sum up, the four traits are a good understanding of English grammar, flair for reading, eye for detail, and inquisitiveness. The good news is that there are plenty of ways to improve each of them. Let’s talk about them later. 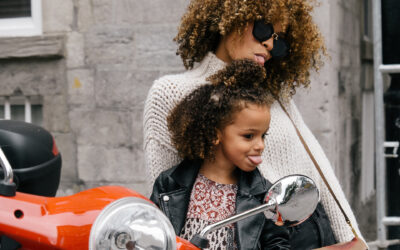